By Rory Horner, University of Manchester 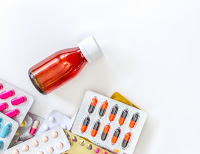 Rising power economies are potentially major growth opportunities for multinational companies. In the pharmaceutical industry, the “pharmerging” markets include the BRIC (Brazil, Russia, China and India) countries as well as Mexico, Turkey and South Korea, are a major focus for expansion.

Established multinationals counter a different institutional environment in emerging economies. Notably, they can encounter different systems of pharmaceutical patent protection – with either shorter duration and/or narrower scope of patentability in the global South.

The rising power economies are currently a key focus of contestation around the setting of IP rules. The dramatic growth of the BRIC countries could potentially challenge the trade rules around patents, including those in pharmaceuticals, which have been mostly driven by firms and countries from the Global North.

Continued business and diplomatic pressure from the Global North has and is being placed to secure and maintain extensive and long patent protection, with rising powers subject to particular attention. This was true in the formation of the World Trade Organisation’s Trade-Related Aspects of Intellectual Property Rights (TRIPs) Agreement, as well as recently with intense debate around proposed recent changes in India, Brazil and South Africa.

The contrasting cases of India and South Africa are explored in this new article. Although both involve MNEs seeking to influence pharmaceutical patent law, South Africa has been quite prolific in granting patents, whereas India has been less so and has long been a thorn in the side of multinationals as a result.

India – MNEs’ struggle for institutional change
India has also been at the centre of contestation around pharmaceutical patent laws. Benefiting from local technological capabilities and restrictions on MNEs, product patents were removed in 1970 and domestically-owned pharmaceutical companies grew rapidly. With the onset of economic reforms in 1991, India has since risen to become the supplier of the third largest volume of pharmaceutical products in the world. In response, multinationals consistently sought and succeeded in securing patent law change in India, and India was even seen as a key motivation for the broader US efforts in relation to patents in the trade negotiations leading to the formation of the WTO and the Trade-Related Aspects of Intellectual Property Rights (TRIPs) Agreement.

Even since TRIPs was agreed to in the late 1980s, multinationals have continued to seek to influence India’s pharmaceutical patent laws. India has constantly featured in the United States Trade Representative’s annual Special 301 Report, introduced in 1989 to identify trade barriers for US companies due to IP laws. India has never dipped below “Priority Watch List” level on the Special 301 Report in its 27 editions to 2015. This pressure continued after India issued its first compulsory license under TRIPs in March 2012 to Natco Pharma to produce Nexavar.

South Africa – MNEs’ efforts to maintain broad patentability
South Africa is a contrasting case to India, with a much wider degree of patentability. With patent legislation in place as early as 1916 and the current statute since 1978, a later Intellectual Property Laws Amendment Act was passed in 1997 (subsequently amended in 2002 and 2005) to make South Africa TRIPs-compliant. MNEs have engaged in significant efforts to maintain the relatively broad scope of patentability, notably in two quite recent controversies.

South Africa’s pharmaceutical patent laws initially came to global attention in the late 1990s with a high-profile court case over proposed reforms to the Medicines and Related Control Substances Act to allow for parallel importing and compulsory licensing. The Pharmaceutical Manufacturers’ Association (PMA) of South Africa (mainly comprised of multinational or MNE subsidiaries as members) claimed the proposed reforms were in violation of WTO TRIPs obligations and unconstitutional. The MNE campaign however was visibly challenged by civil society organisations, most notably the Treatment Action Campaign (formed in December 1998). Although the lawsuit was eventually abandoned, South Africa has continued to be quite generous in granting of patents, more than international law requires and lacking many of the flexibilities present in the WTO’s TRIPs Agreement.

Recent proposed reforms to South Africa’s laws, in the form of a Draft National Policy on Intellectual Property put forward by the South African Department of Trade and Industry in 2013, have also attracted considerable controversy. Providing for higher standards for patentability, as well as possibilities of pre-grant opposition, the draft policy has attracted concern from international business groups and pharmaceutical MNEs. For example, the proposal was noted in the US Chamber of Commerce’s (GIPC) submission (7 February 2014, USTR– 2013-0040) to USTR’s 2014 Special 301 Report. A campaign coordinated by a firm Public Affairs Engagement, funded by PhRMA and the Pharmaceutical Association of South Africa (IPASA), to derail the reforms, attracted widespread condemnation. This campaign of MNEs attracted criticism from the Director General of the World Health Organisation, from Médicines Sans Frontières and from the South African Health Minister.

Beyond the “institutional void”
Rising powers cannot be accurately characterised as “institutional voids” which MNEs should fill for societal benefit, as some business strategy literature would suggest. Instead, in emerging economies, MNEs encounter a plethora of institutions that may be suited to serving local societal interests, such as the growth of emerging economy firms and serving health interests. Ultimately, rising powers may not be expected to inevitably converge towards or emulate those institutional environments practised in the Global North, but instead are likely to set their own agendas in accordance with their increasingly heterogeneous interests.

Horner observes how established multinational pharmaceutical firms are seeking, with different degrees of success, to alter the intellectual property institutional environment in rising power economies. The contrasting cases of India and South Africa highlight that MNEs’ attempts to fill so-called “institutional voids” may not always fit with societal best interests.