By Boni Sones, University of Cambridge 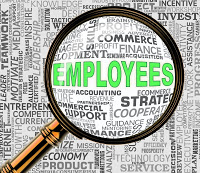 We live in a globalised world and buy products produced by workers’ from all over the World. Increasingly consumers are demanding that those who produce our goods are employed on decent terms and conditions whether they work in Europe, Africa, India, Russia, China or South America. Sweatshop labour used in one continent is often named and shamed in another and these reputational effects can affect demand for goods. But as consumers ask for more fairtrade goods from the developing world, workers in the so called global North are finding that their employment is more insecure, as greater numbers are employed on zero hour contracts, while all workers are finding it harder to access employment tribunals to enforce their employment rights.

The Centre for Business Research at the University of Cambridge has turned conventional wisdom on its head, and through a series of quantitative research projects over a number of recent years, has constructed a new database that reveals how improvements in labour rights can lead to increased productivity and employment as well as greater equality in society. These datasets are now online for others to access and use.

International organisations are taking note of these findings and national governments would do well to consider them. Globalisation, rather than inducing a so called ‘race to the bottom’ as many commentators predicted, is making governments more aware of the need for improved protections for workers, and of the importance of enforcement. Better informed and discerning consumers who are switched on to the web and social media where they can check the sourcing of the products they buy, along with campaigning civil society groups and NGOs, are helping to enforce these values.

In a recent CBR workshop held in Cambridge in September 2016 researchers from both Universities discussed the findings from ESRC-funded research on labour law reforms, labour standards and corporate social responsibility (CSR) practices in Rising Powers, including China, India, South Africa and Brazil.

Many commentators have doubted that worker-protective labour laws can be made effective in developing countries with high levels of informal work and weak states. This has led to interest in alternative modes of regulation including codes of practice and consumer boycotts focused on global supply chains. But this focus neglects important changes on the ground in low- and middle-income countries in Africa and Asia which over the past decade have been implementing systematic reforms to their labour laws and codes, sometimes after much publicised strikes.

Admittedly the aims of these reforms are diverse: they include promoting industrial peace, encouraging employers to invest in training, and cushioning the effects of labour migration. Often these interventions have had the effect of encouraging formalisation of work and building state capacity. They have also operated in conjunction with, rather than in opposition to, voluntary measures and soft-law initiatives aimed at improving labour governance in value chains.

Encouragingly, while there are still many difficulties associated with the operation of labour standards in emerging markets, empirical work is revealing a more complex and differentiated picture than that frequently presented. There is good reason to be optimistic about these trends.

The research undertaken by the Cambridge team deploys a unique dataset, the CBR Labour Regulation Index, which codes for labour laws in 117 countries over the period 1970 to 2013 (43 years). It is the first time that the laws of so many countries have been coded in this way and the dataset will be of very considerable interest to research users and policy makers.

The fieldwork research also breaks new ground in offering in-depth analyses of the implementation of labour law reforms in such contexts as Guangdong province in China, and on the interaction of labour laws with private labour standards operating in global supply chains.

The qualitative case studies undertaken by the Manchester team explore how lead firms in the rising powers engage with labour standards and CSR practices in their now increasingly global supply chains, and investigate the influence of civil society actors as well as the state in the development of private regulatory initiatives and in framing the discourse on labour standards.

For more details:
Listen to our CBR podcast series that features interviews with speakers at the workshop on Labour Standards and Labour Law Reforms in the Rising Powers, held in Cambridge on 5-6 September 2016.
Publications from the two projects are also available here: